As a team of collaborators we do not stop often enough to appreciate how Radical Jewelry Makeover has evolved since it was piloted in Richmond, VA in the winter of 2007, but this blog entry is a celebration!

Yesterday (9/12/09), several people who have been significant contributors to RJM's momentum converged at the Museum of Arts and Design in New York City for the museum's "Jewelry Study Day". RJM and Ethical Metalsmiths were represented in two ways. The first event was the second public screening of the new video, "Radical Jewelry Makeover: a traveling community mining and recycling project" and the second event, attended by over 75 people, was a panel discussion featuring Ethical Metalsmiths' Co-director, Susan Kingsley.

As Co-director of Ethical Metalsmiths and RJM, I was thrilled to have the opportunity to bring the film makers Sarah Zentz and Dana Richardson as well as three-time RJM participant, Meg Roberts to NYC! Susie Ganch couldn't join us in in NYC, but she was with us in spirit! 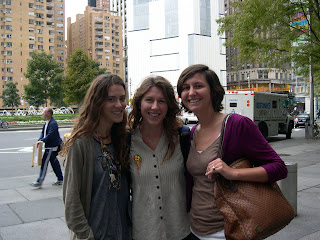 Everyone that participated in the "Jewelry Study Day" had the opportunity to watch the new 12 minute RJM video. We took several orders for the film, many of which were made by educators in the jewelry and metalsmithing field who are already using Ethical Metalsmiths' materials in their classrooms / studios. Here we are taking in the first run of the film at MAD. 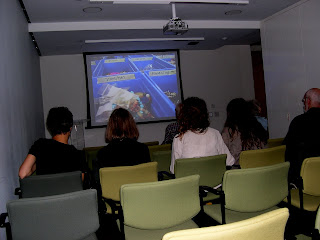 "Radical Jewelry Makeover: a traveling community mining and recycling project" is now available to order by contacting Christina Miller at mail@ethicalmetalsmiths.org. The suggested donation to Ethical Metalsmiths to receive a copy of the film is $15.00 and this includes shipping. If you support the project and can donate more, we will put your generosity to good use. The packing for the DVD is made from 100% recycled paper. Sarah and Dana found the DVD labels in the trash and the first several copies will be packaged in a custom designed and hand-made, 100% recycled folder. 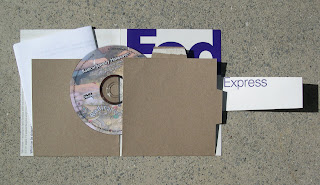 As if this weren't enough to celebrate, I'd also like to share some photos from the first public screening of the film, which took place outdoors on September 4th in Lancaster, PA's Binn's Park. 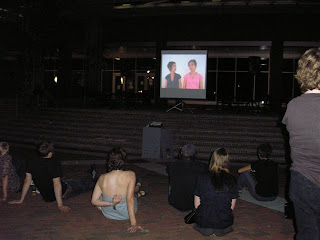 Our thank you list to people who made the production of this film possible is LONG! Collaboration is an essential part of all of our work and I would like to personally use this moment to shout out an expression of appreciation and thanks to everyone that has been involved! If this computer screen had arms, there would be a hug for each one of you. 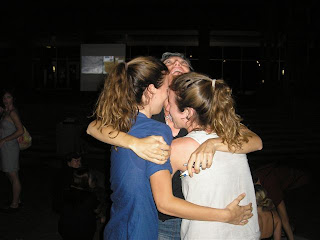 SO - let the MOMENTUM continue and we looking forward to bringing Radical Jewelry Makeover to its next host community!

Best,
Christina Miller
Posted by Ethical Metalsmiths at 6:58 AM 1 comment: This is a donation from the Richmond, VA edition of RJM